Sunday in India has become “Ramayan day”. 9:30 a.m. Sunday morning is Ramayan time. The whole nation stands still for 45 minutes watching Ramanand Sagar's Ramayan on TV – the multitudes that include from the high-ups to the housewives, teeny-boppers, canteen boys, street vendors, the holy men of all creeds and communities.

The streets are deserted. In Kashmir, boatmen refuse to ply. In Nashik, pilgrims can't get a priest to do their pooja. People put down telephone receivers while seeing Ramayan. It is reported that Governors and Chief Ministers' avoid giving appointments at the hour. Factories cannot get labourers for urgent jobs, even if they offer double wages. 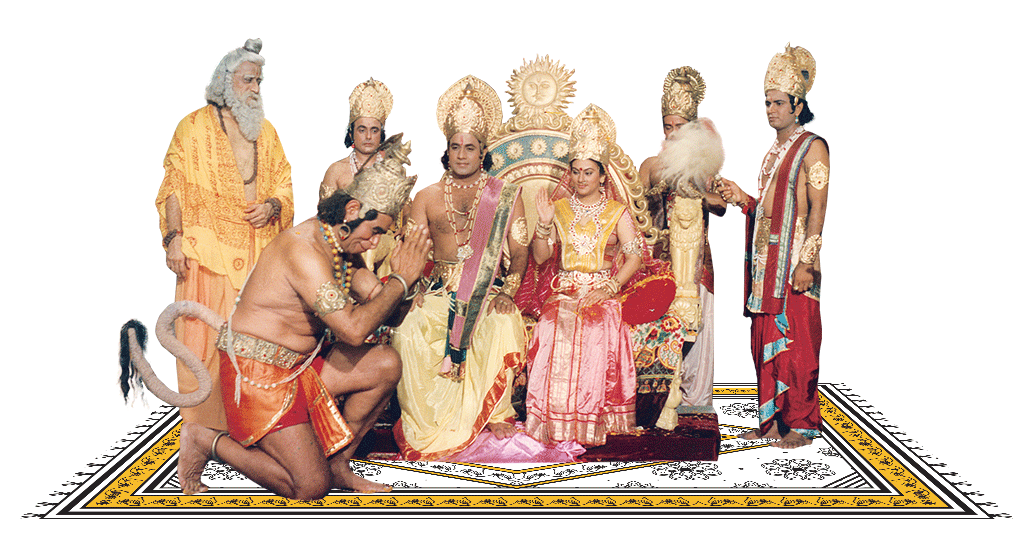 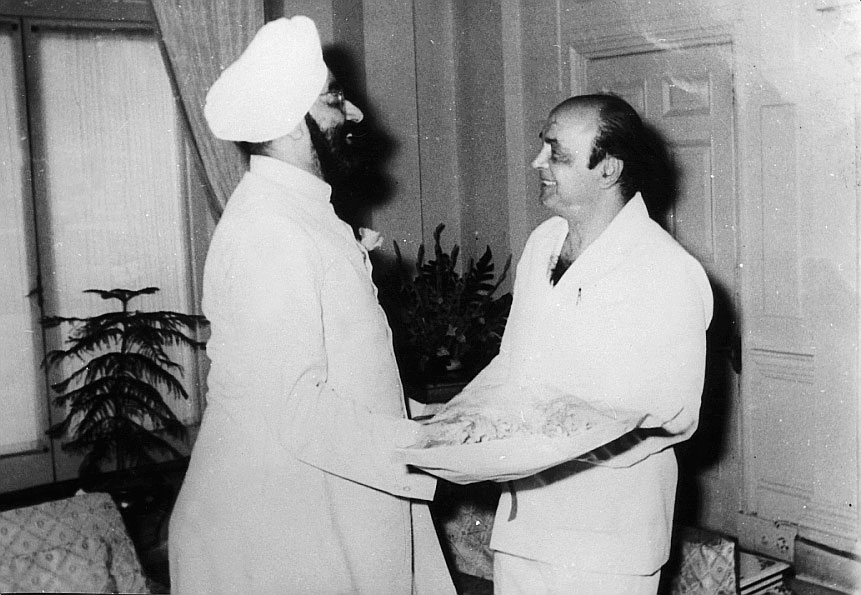 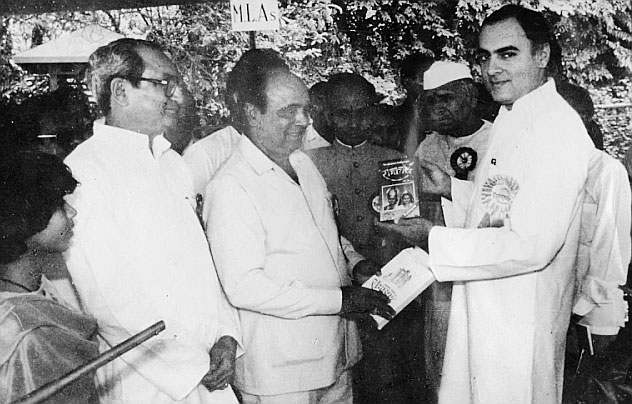 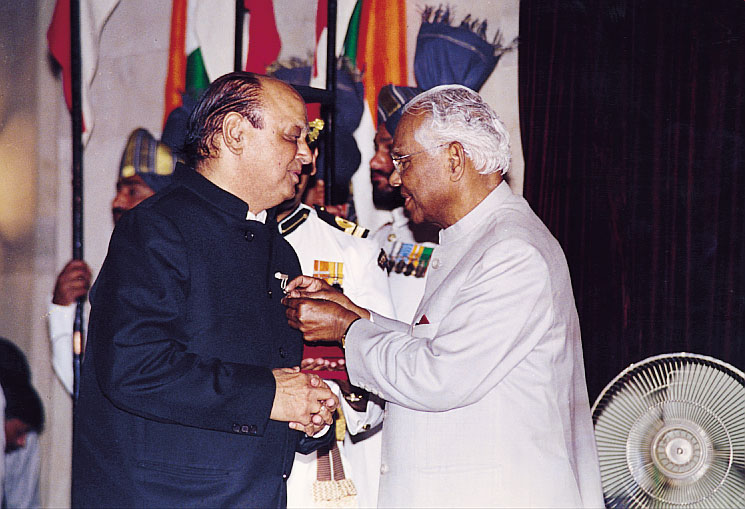 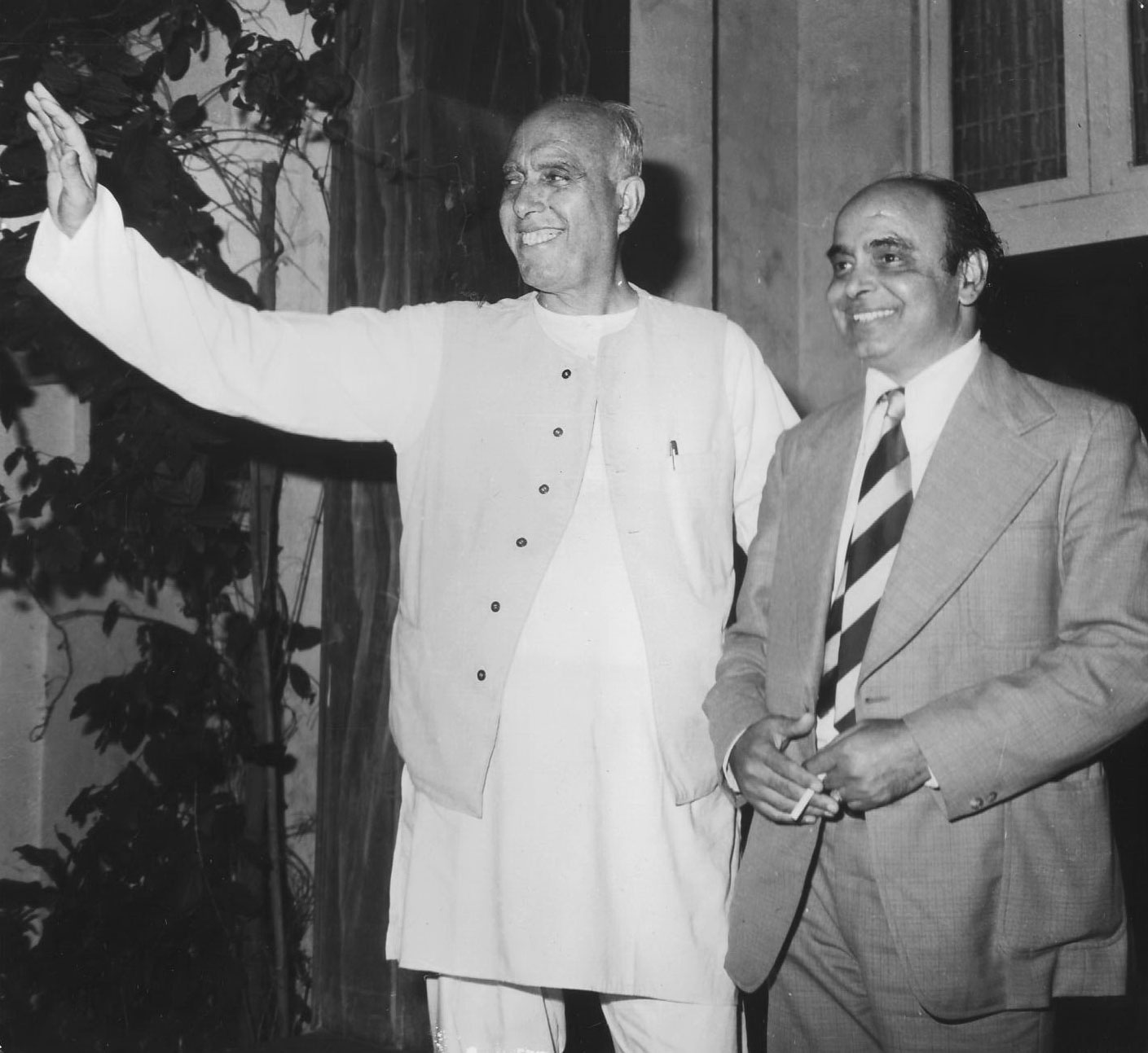 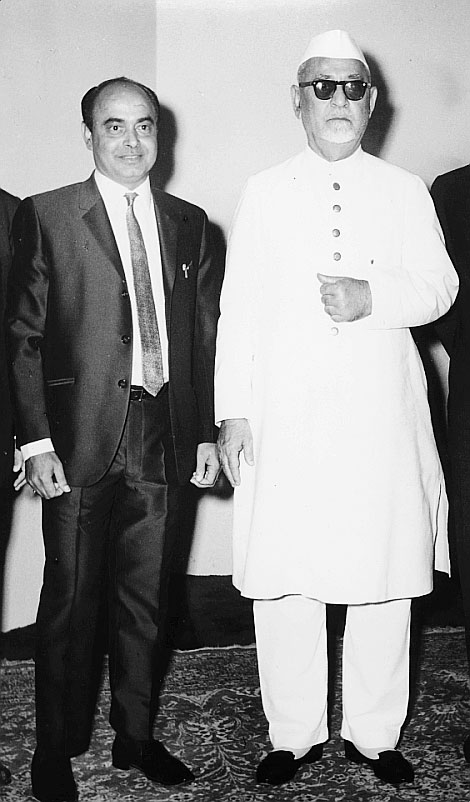 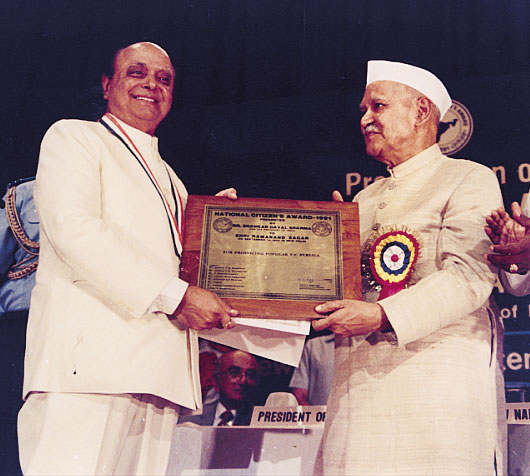 Wonder of wonders! A bride in Chandigarh delays her marriage by an hour for she does not want to miss the Ramayan episode.
A funeral procession in Muzaffarnagar is delayed by an hour to enable the mourners to watch Ramayan.
In many homes, especially in the villagers, television turns into a temple the moment Ramayan begins. 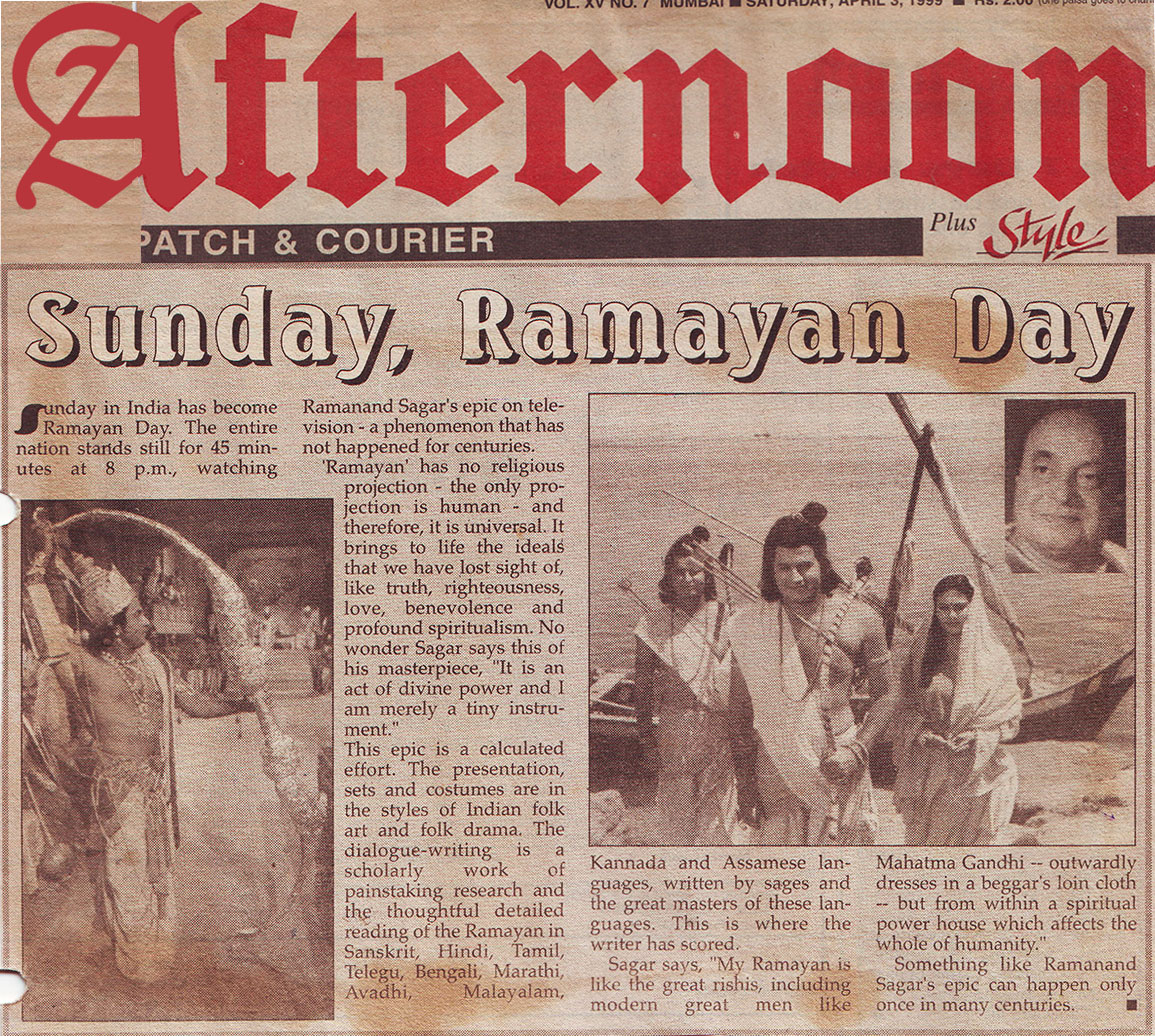 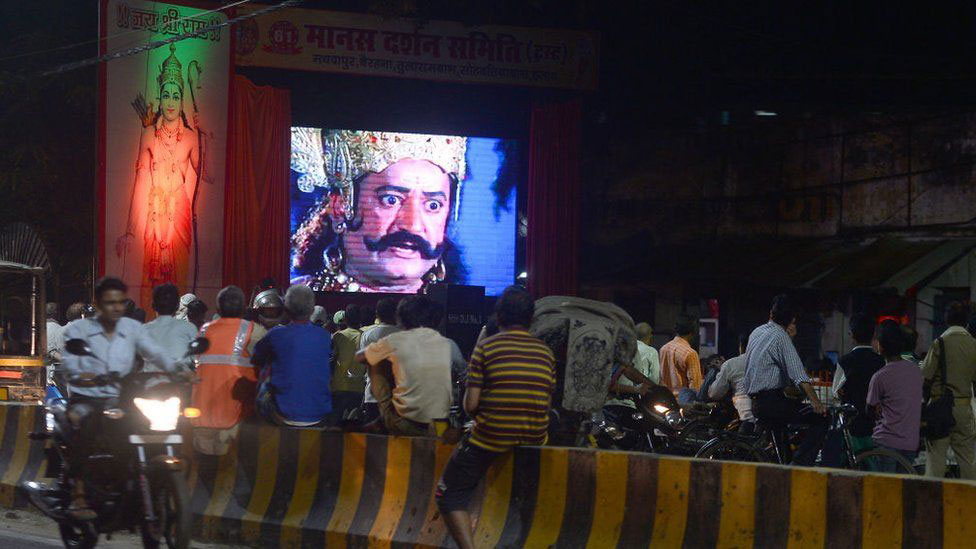 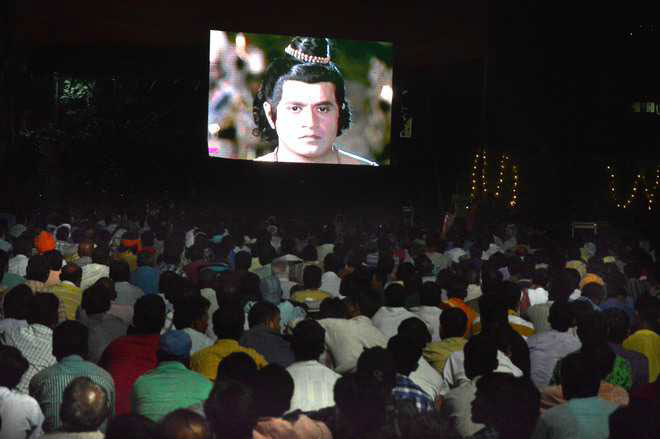 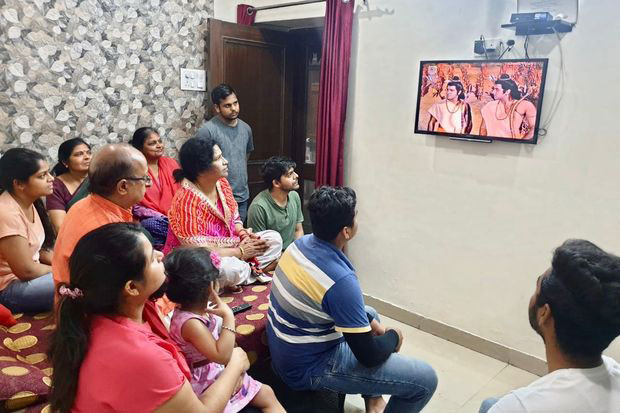 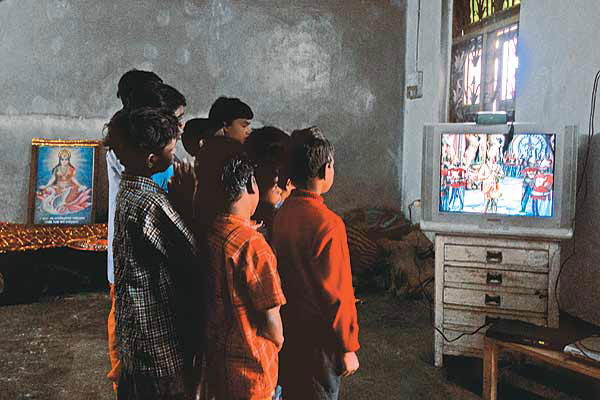 Timings of social gatherings, political meetings, board meetings and even religious functions are changed to suit Ramayan timings. Otherwise, the attendance is so poor that meetings have to be cancelled. It is reported that at least 50 percent of those who work in hotels, hospitals etc., absent themselves only during Ramayan time.

Long train journeys are reported to have over-stopped at certain stations since passengers have refused to leave the platform when Ramayan is being telecast.

Traffic on National highways suddenly becomes a trickle on Sunday morning as truck drivers stop by the wayside restaurants to watch Ramayan. Yes, Ramayan is changing lives and ways of life.

An aged man is pleasantly amused as his westernised son suddenly beings touching his feet in reverence. Families given to biter feuds for years, realise their follies on learning the eternal truths of Ramayan. They forgive, forget and reunite. Children wake up early on Sunday morning to be able to watch Ramayan. It is the fun way of learning about our culture and heritage. College-going teens talk in the lingo of Ramayan.

It is phenomenon which has not happened for centuries. 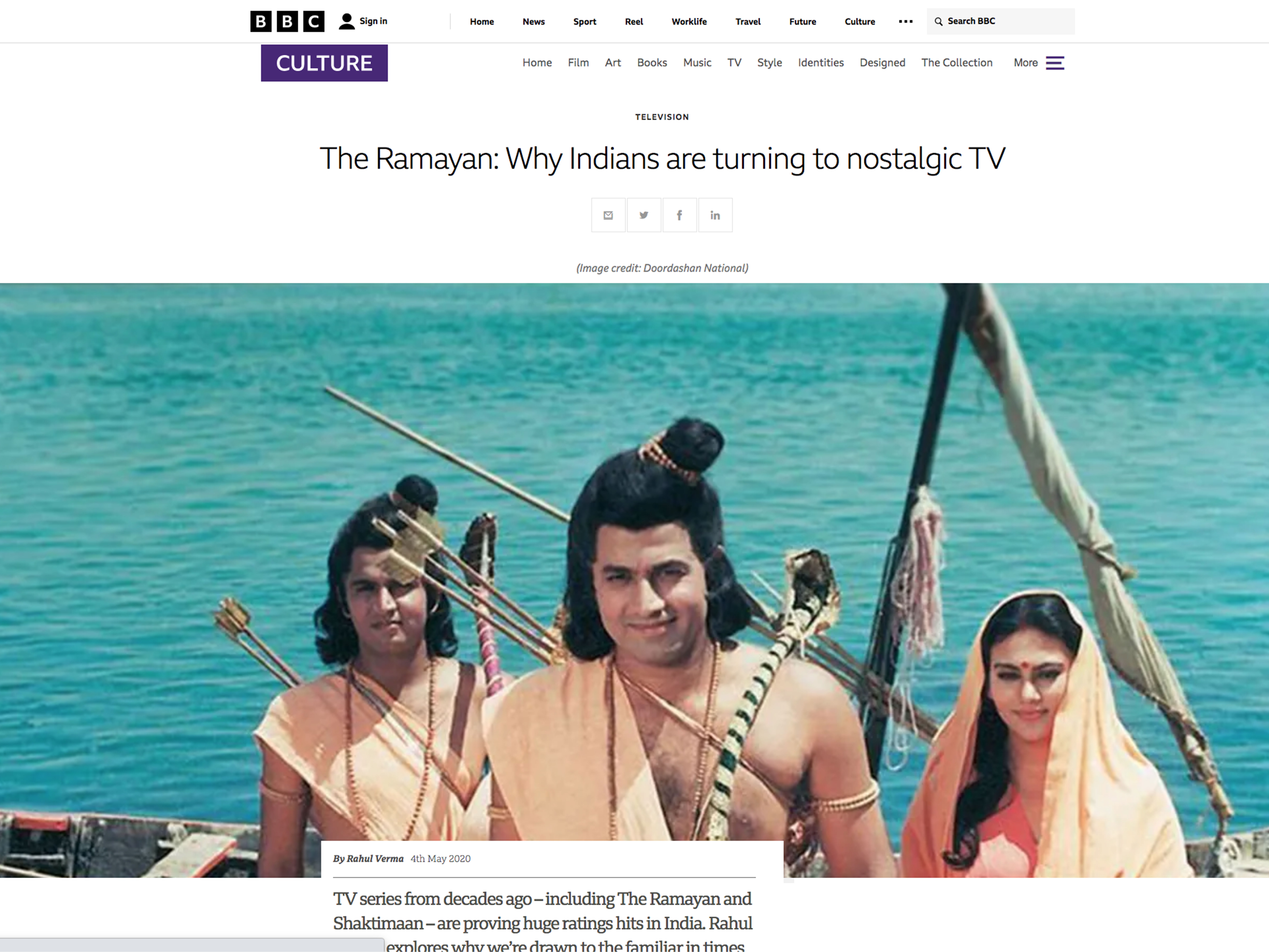 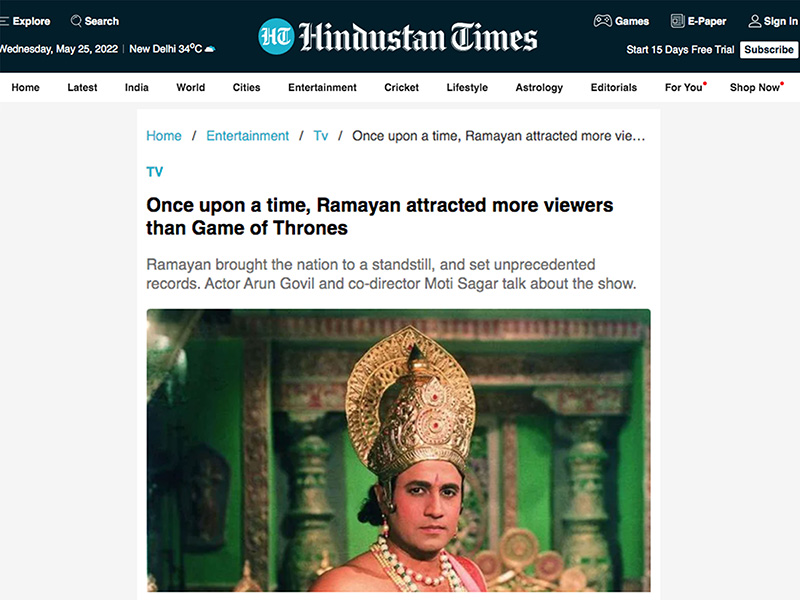 All creeds, all communities – Hindus, Sikhs, Christians – North Indians, South Indians, East and West Indians – are all united in that magic half – hour.
The TV serial Ramayan which gets beamed to the Pakistan side of Punjab from Amritsar and Jalandhar, has found several avid viewers in Lahore. The series was a big hit in Africa, where they adored the Monkey God, Hanuman.

Since it was first telecast in 1987 on 25th January, the series has never stopped playing some place in some part of the world. When the lockdown happened, the entire nation was very scared. No one knew what was going to happen. The brainwave of our Honourable PM of India, Narendra Modi, The Ramayan was retelecasted on Saturday March 28, 2020 on Doordarshan, and once again had the entire nation glued to the television sets, and an entire new generation of audiences watched the epic on television after 33 years. 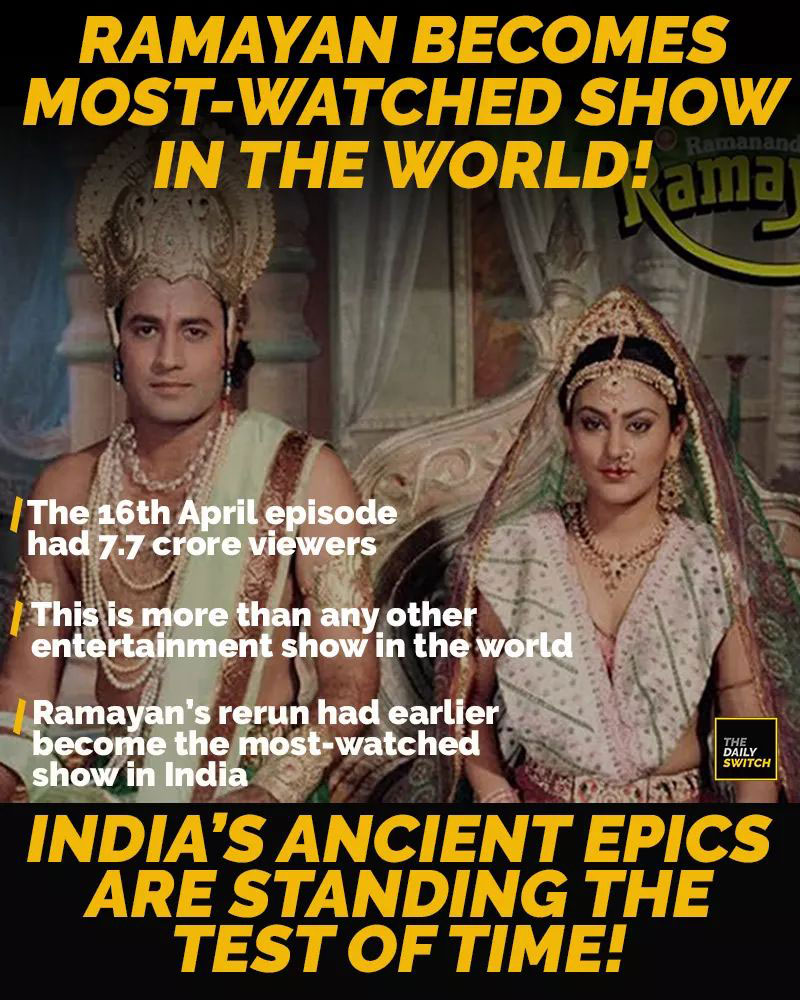 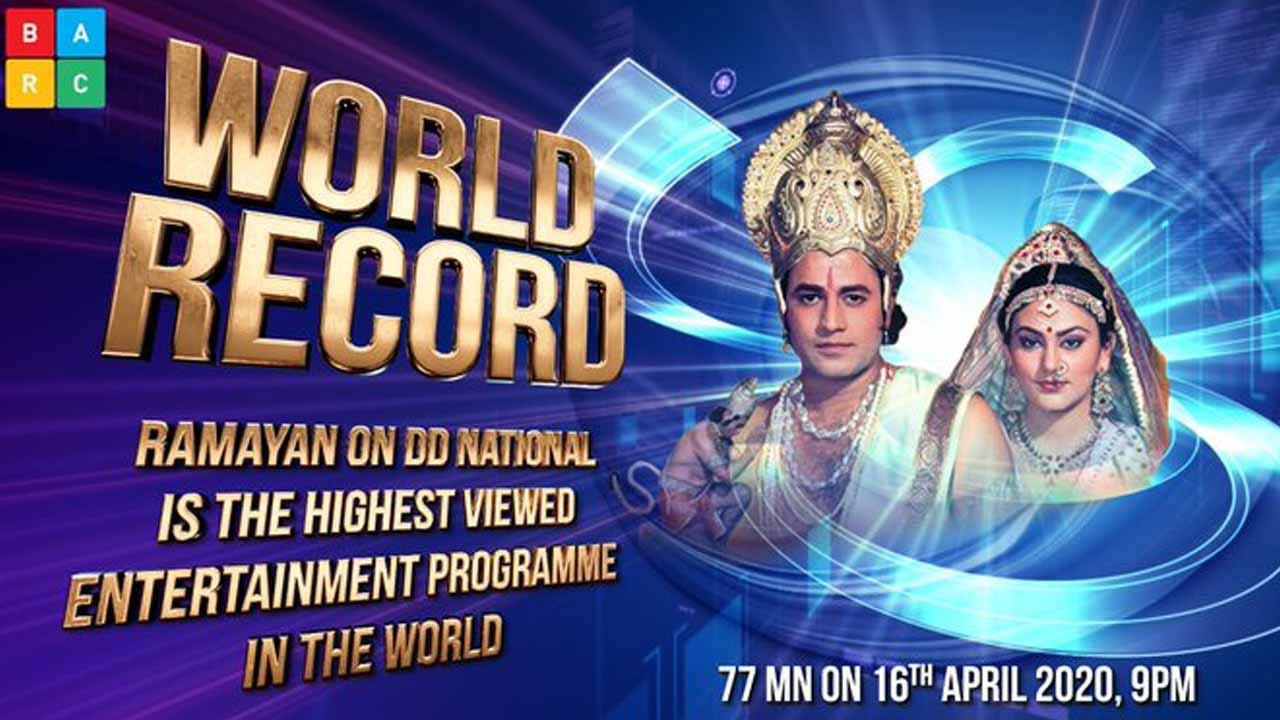 Such is the effect of the Ramayan, it creates deserted streets whenever it is telecasted as everyone wishes to dip into this Sagar of bliss, spirituality, values and culture. In spite of having not so great production values, no graphics at that time when it was made, what works each time is the great content, the fantastic writing, the dialogues and everyone has tears of joy in their eyes. Such is the phenomenon of the Ramayan series.