The team is ready, and so are the actors. In case of the movies and web series, since the screenplay is fixed, a complete narration is provided to the primary actors, especially the established and the faces of the films; and thus, if their interest is retained, they are brought on board. However, in the case of TV shows, the screenplay is open to many changes, thus only the pilot episode is narrated and the course of actions is decided.
Budget & Scheduling

What is the most important for a film/ show to be made other than a great concept and a potential phenomenon? It’s the money.
When the producer finds the idea and the story that is pitched to him/ house interesting and bankable, the budget is ensured and the scheduling is decided according to what the show/film asks for. And if we talk about Mythological/ historical shows, they require 10x the budget than the normal productions, as the investment in costumes, sets, VFX and production design is way grand.
However, such software can only be validly used for certain aspects such as break-downs and scene one liners, timing of a scene, combinations of actors in a scene etc. As for the budget, it is something that is complex and comes only with experience. Thus, a good team is a prerequisite for the same.
Finally, every sector is quadrated on script budget binding sheet, and is added up to get the final estimate of the budget. Once the budget is settled within the director’s vision and potential final edit, the field work starts. 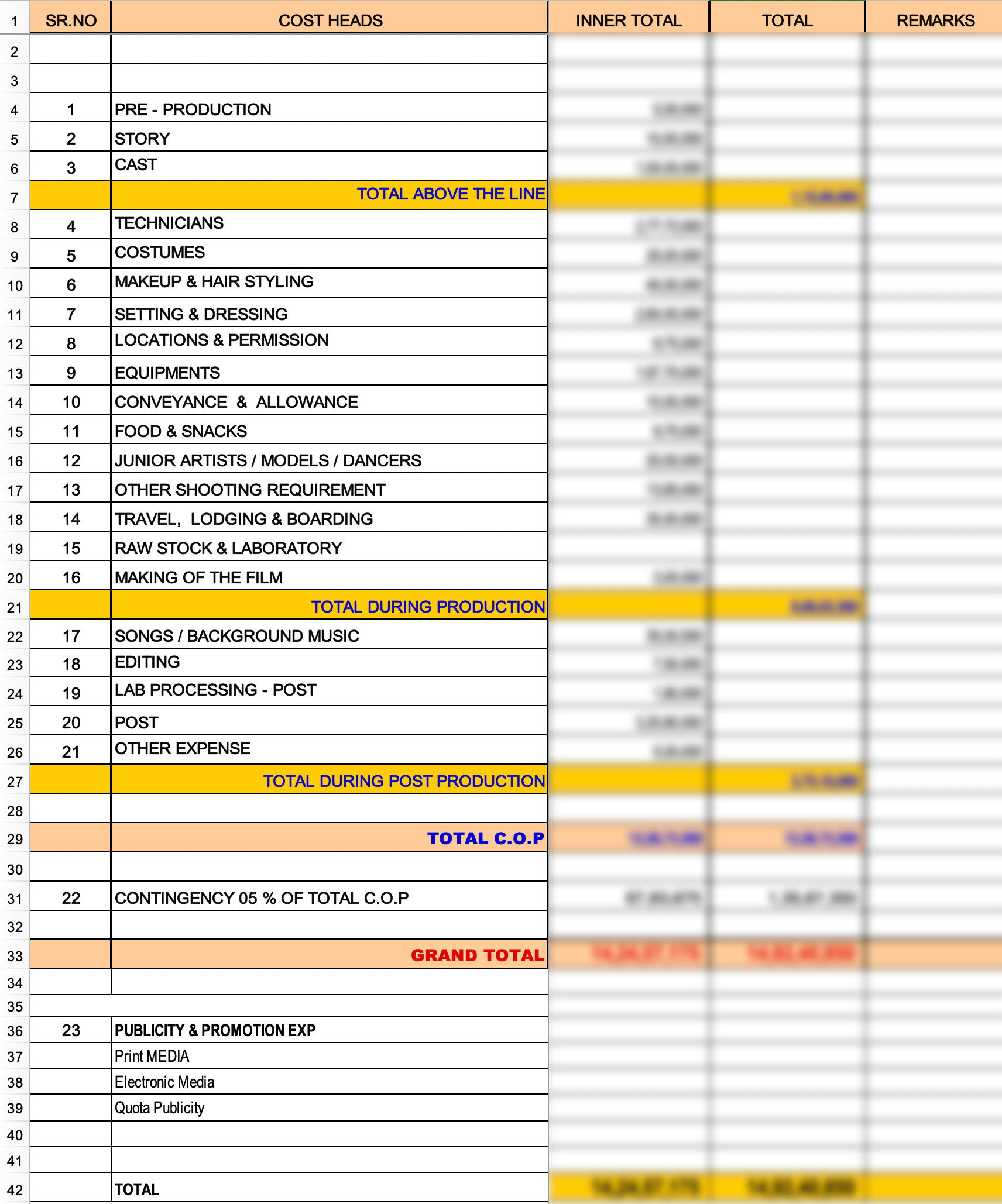 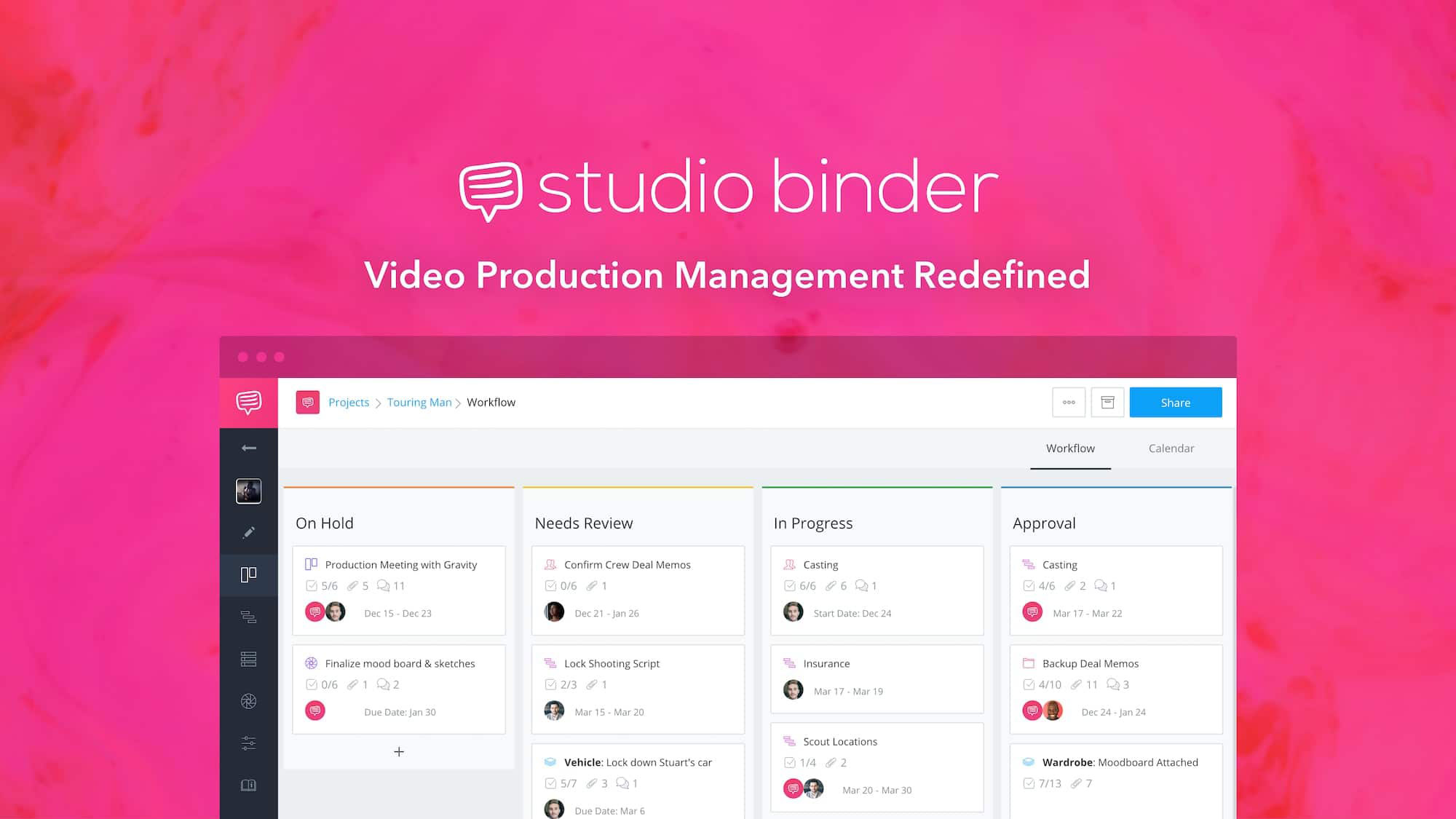 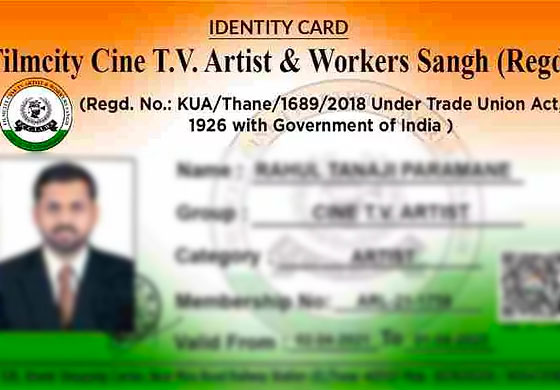 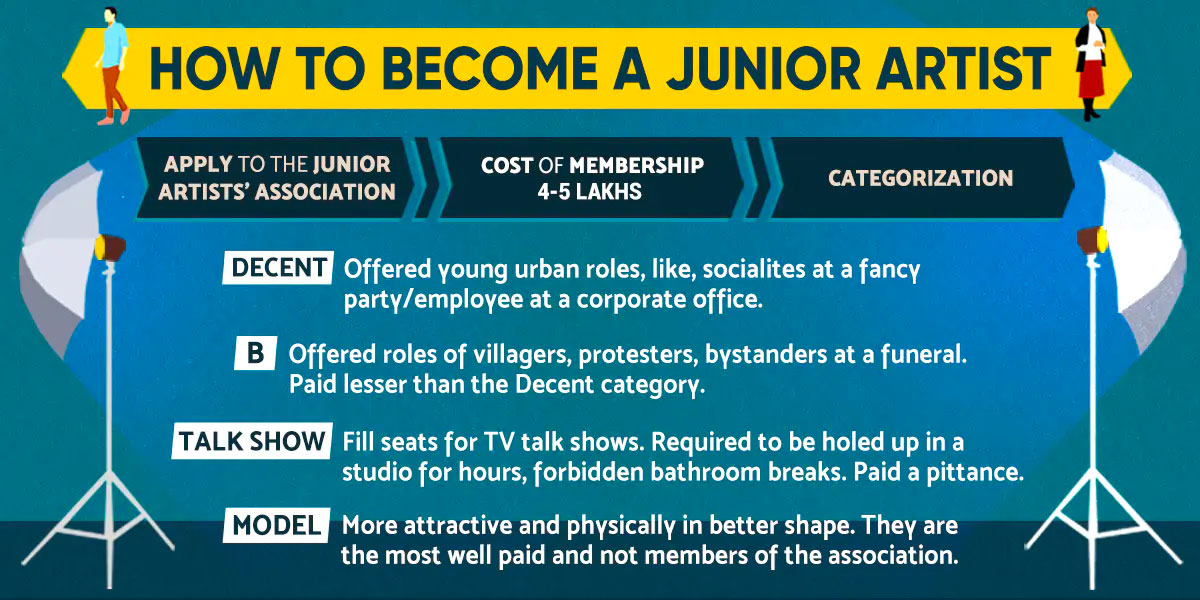 The concept arts, drawings and the miniatures are now brought to life size modelling. As per the locations, shooting schedule, labour presence and budget, sets are stood up and the production design department starts working on the locations. This is where props section also comes in. According to the scene being shot, the art department sets up the environment around and make use of the untouched as well as the interactive props. Overall, this job is super demanding and presence of a good team in art direction is extremely important, since complete set ups before the shoot and clean up after the shoot, all are hour long and tiring jobs. 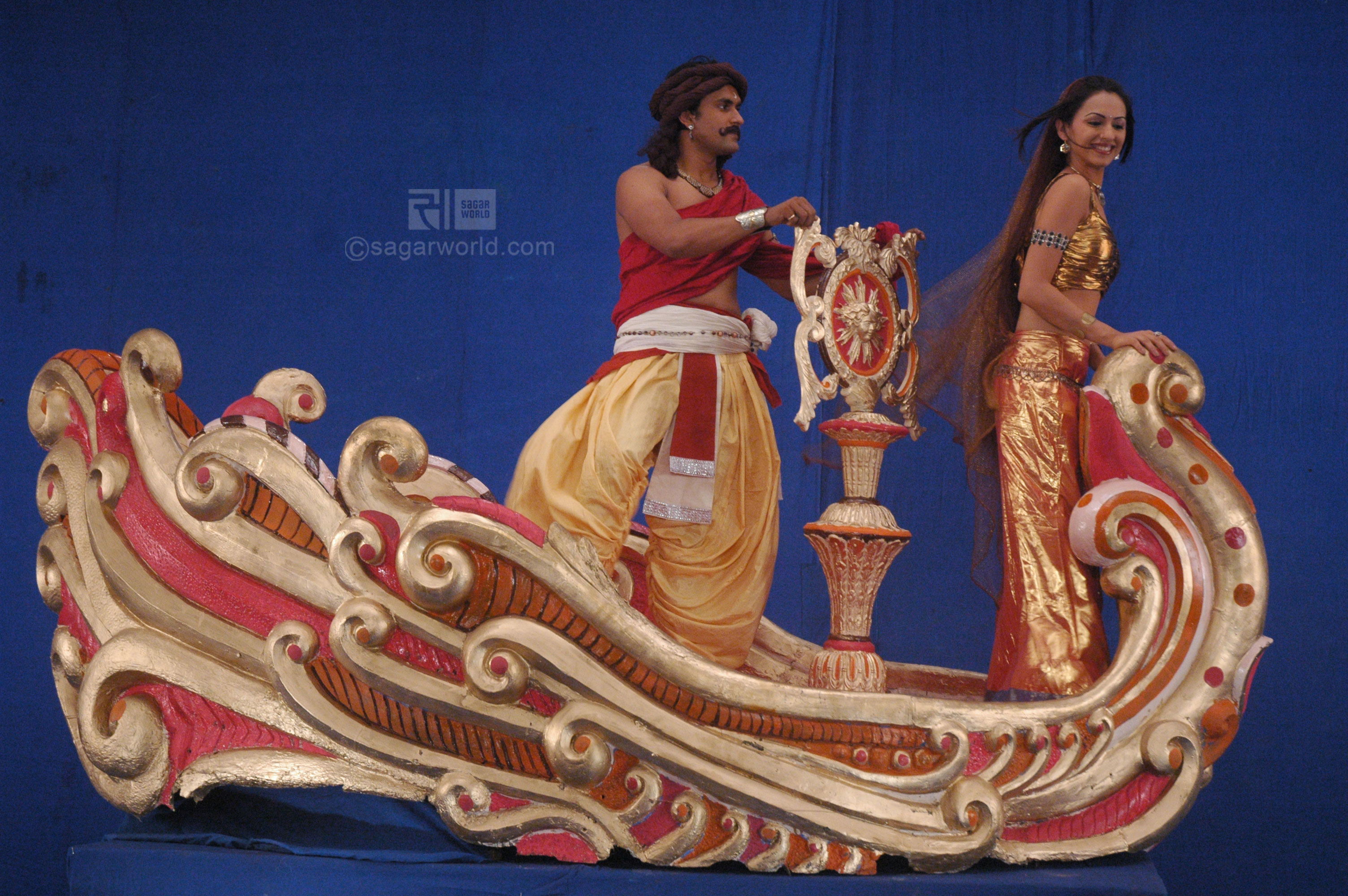 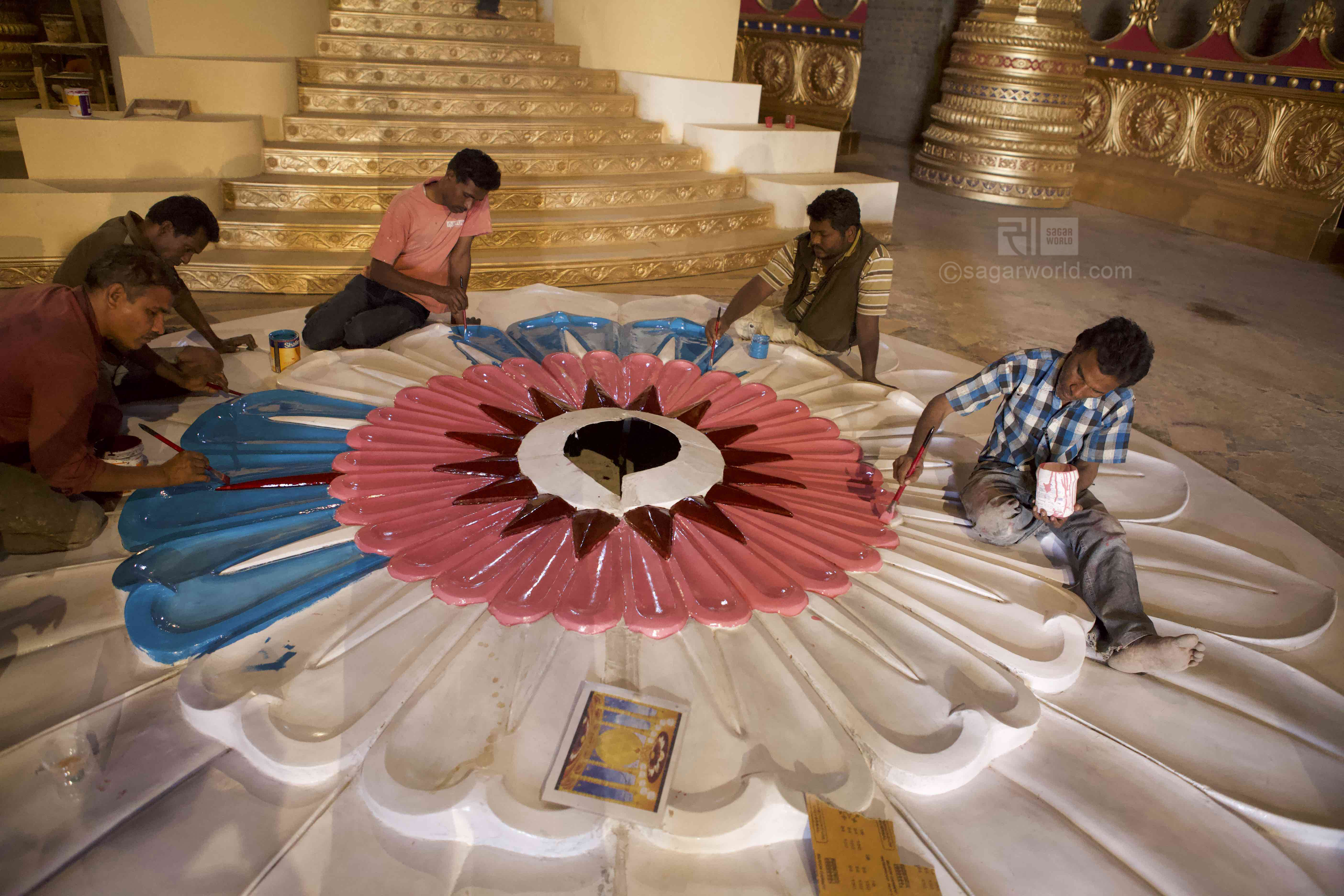 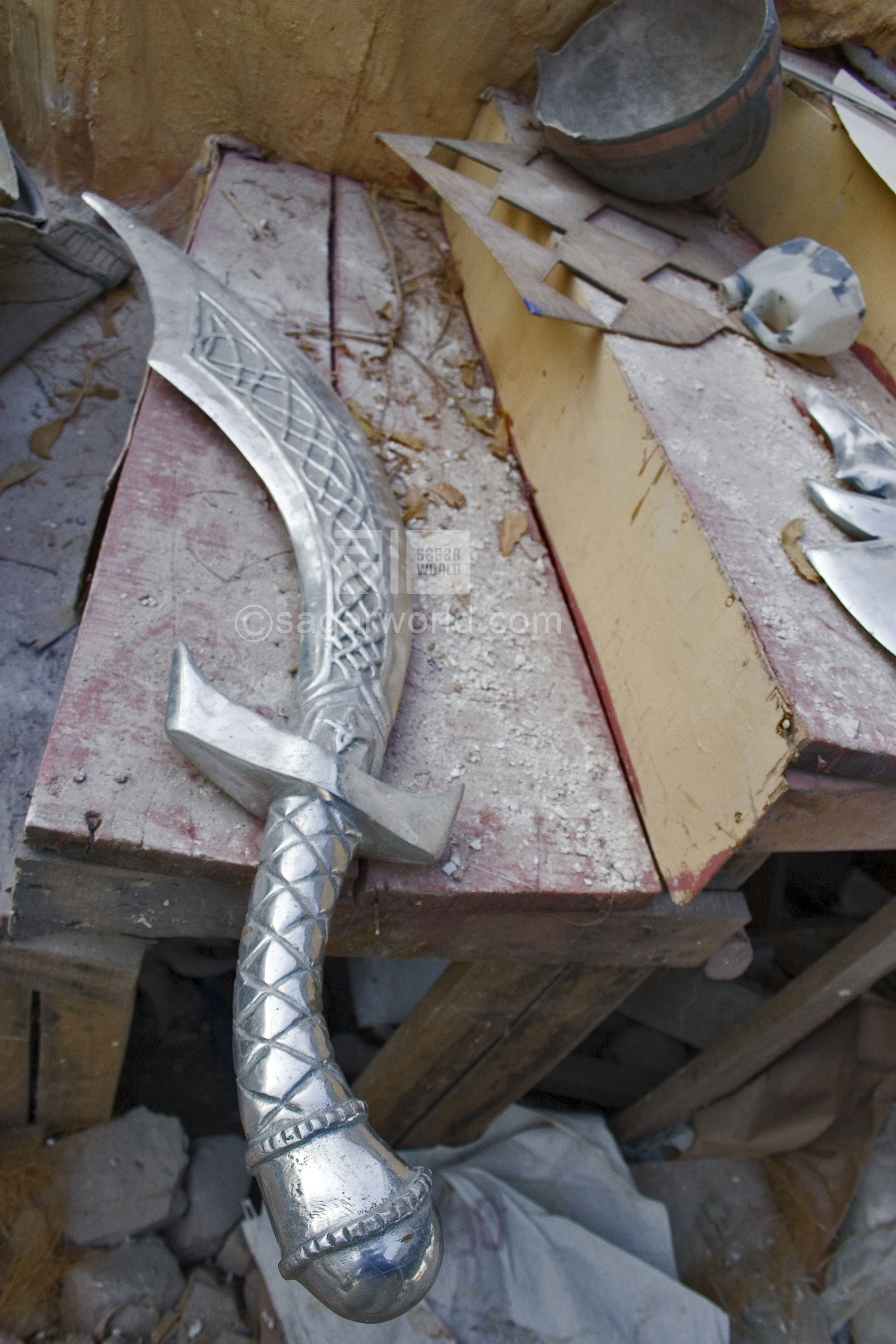 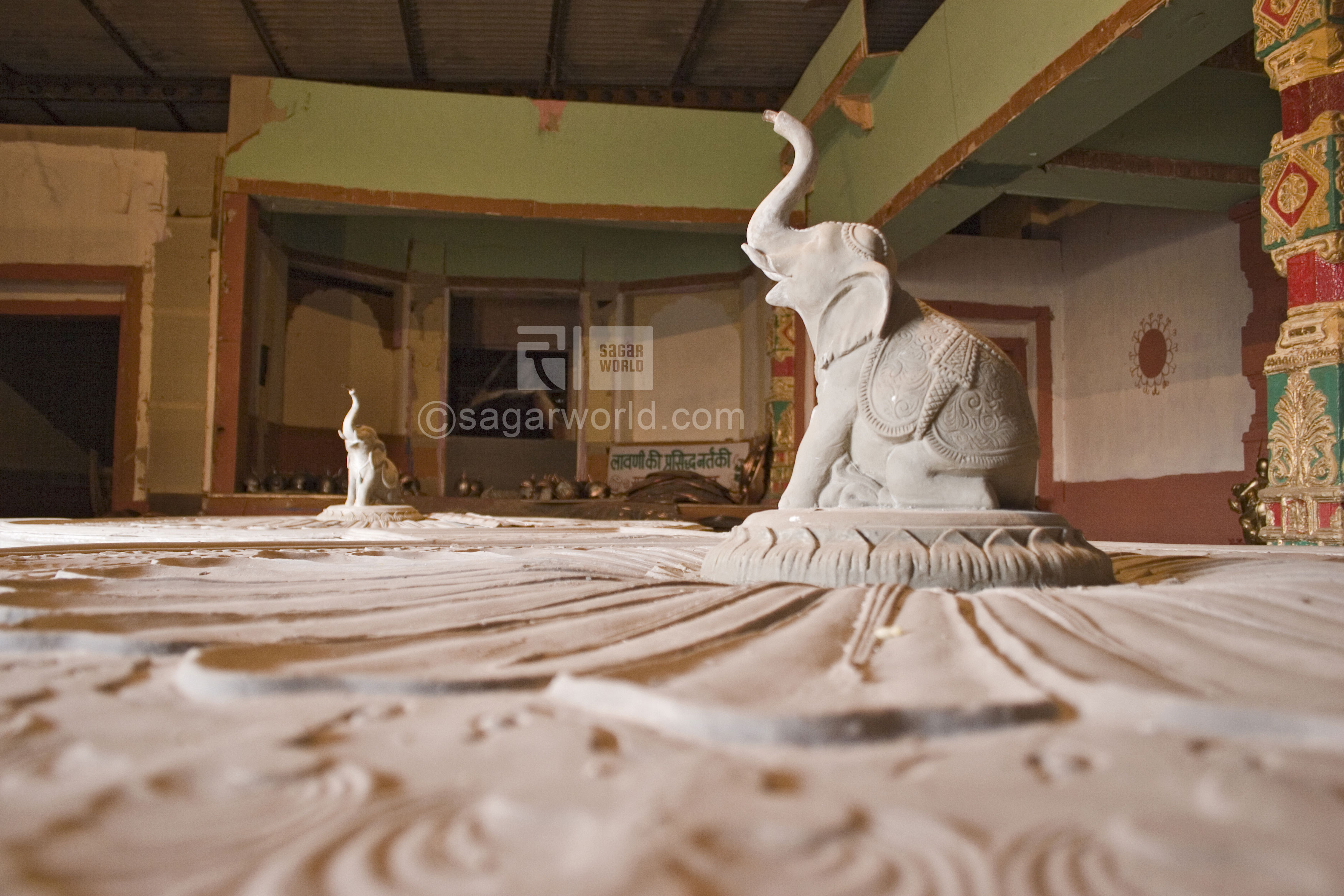 FILMING - Most of the proportion of production
The director comes to the seat, and according to the schedule, scenes are shot in shifts with a mutual coordination of various technical teams. On location, director sits on the monitor and stages the scene according to the screenplay and how he wants the scene to be shot. Where the director’s team is responsible for easy flow of every small sector, the light team subordinates with the camera team, having the cinematographer on the camera to create a perfect shot. However, what brings the shot to life is an abstract feeling - A bonhomie between the director and the DOP; a chemistry that ensures a smooth shoot.

Generally, movies are shot on one camera or two camera setups through industry standard 1080p or 4k resolution cameras such as Arri Alexa, Blackmagic Design Cinema Camera, Canon Cinema EOS, etc. However, TV serials are shot in multiple camera setup with major focus on tight shots or close ups due to the TV format, which basically is a close up medium since people watch it in their homes on small screens. Since in India, the women audience on television is huge (A reason behind rise in the daily soaps), thus elevating emotional quotient, this format works as a favour. And because of the presence of HD resolution in modern TV sets, shows are shot majorly on cameras such as Sony's high-end 4K, F5 etc. 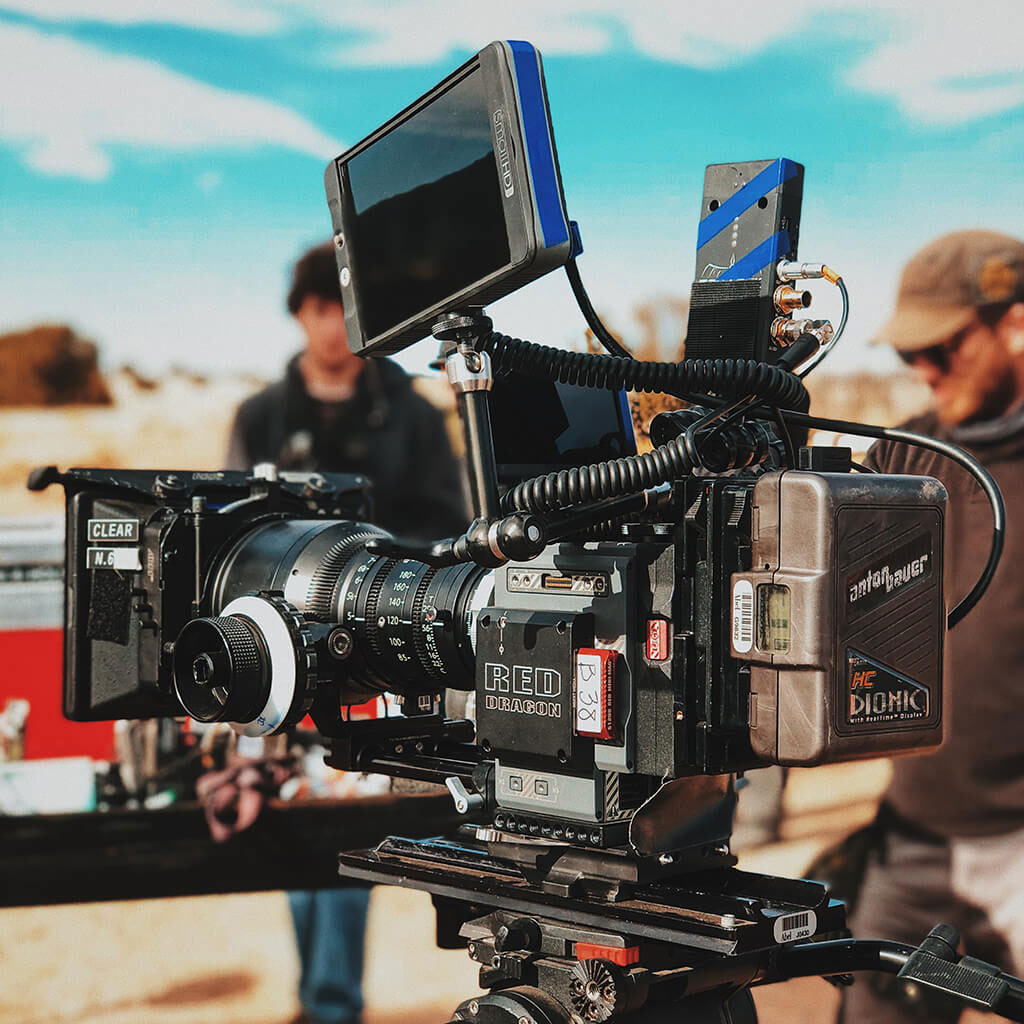 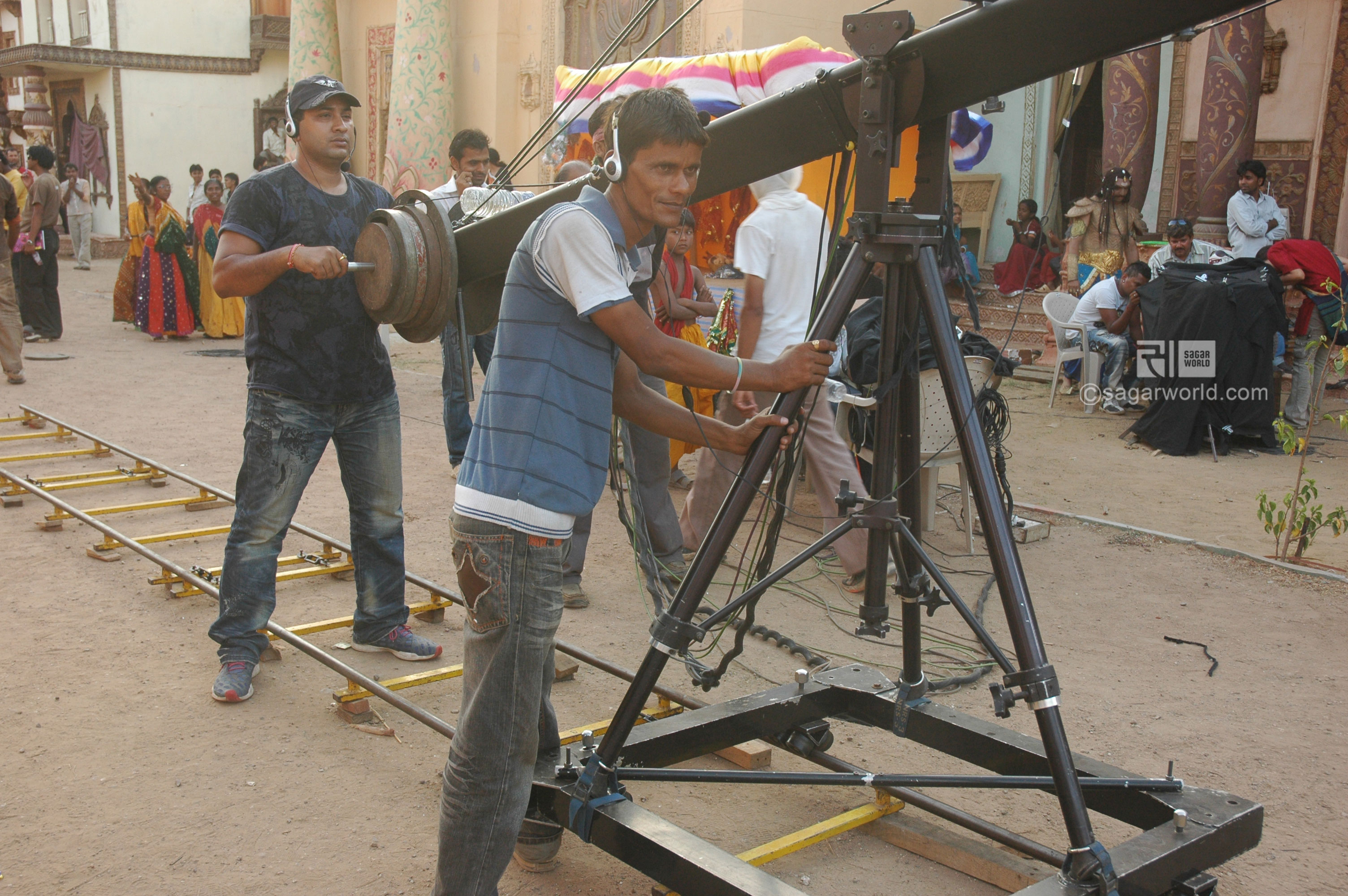 Basically, according to the scene division and story board, each frame is shot with external association to the VFX teams, as green screen or blue screen shots are a major in mythological shows and the light team that ensures proper blacking and diffusion of light; it is very necessary to get the right colour temperature, especially in TV shows because of the use of saturated colours in final product. Normally, to get an ease in shoot, matte paintings are made beforehand digitally and are then used to set lights accordingly. However, there are many other factors that influence light placements in a frame; Props, set extensions, light direction and shadow in VFX shots accompany light effects under acknowledged supervision and coordination with all the departments.

However, this is just the visual aid. Sync sound is generally used for efficient working and use of RODE mics are used to record the dialogues of the actors on set. However, dubbing still takes place in post-production as there is a lot of sound from the set that also gets recorded. Thus, once every sector works together on a shot according to the director’s choice and pre-production standard, a shot is finalized. 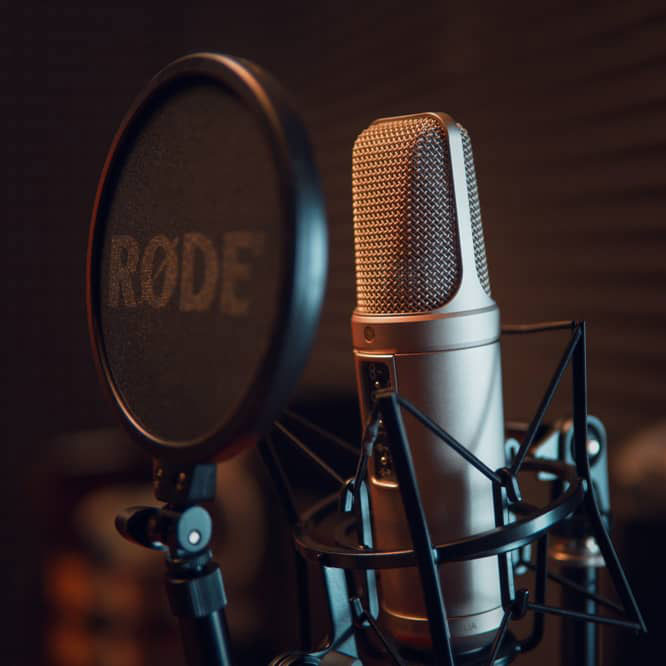 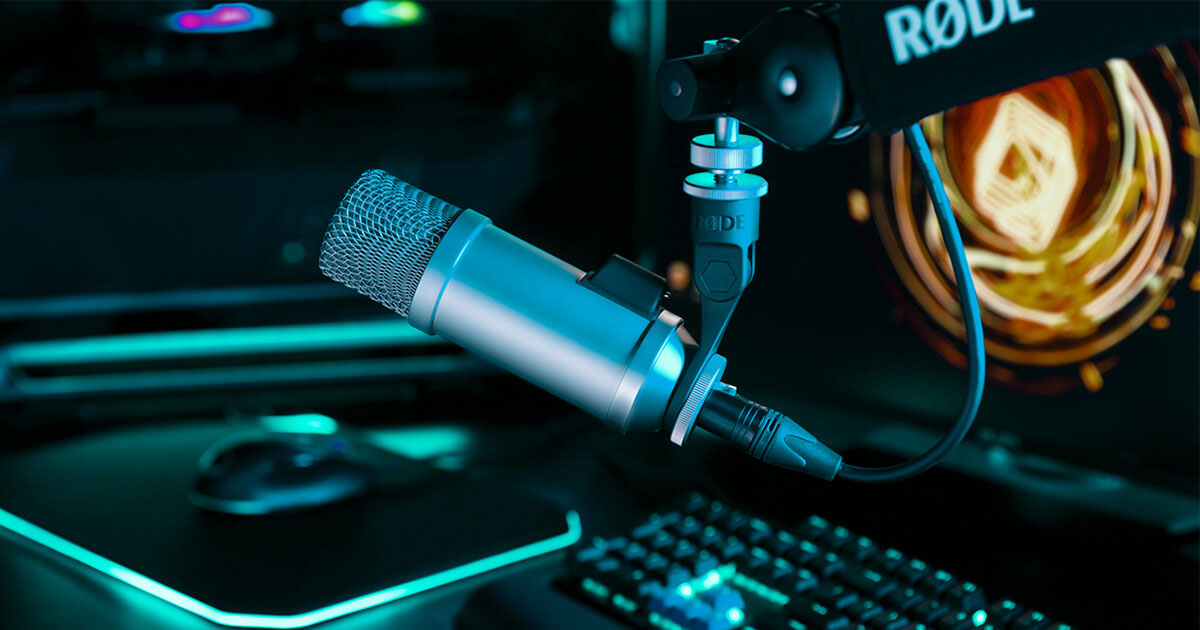 And this is how the whole screenplay is justified, and the shoot is completed in scheduled time. 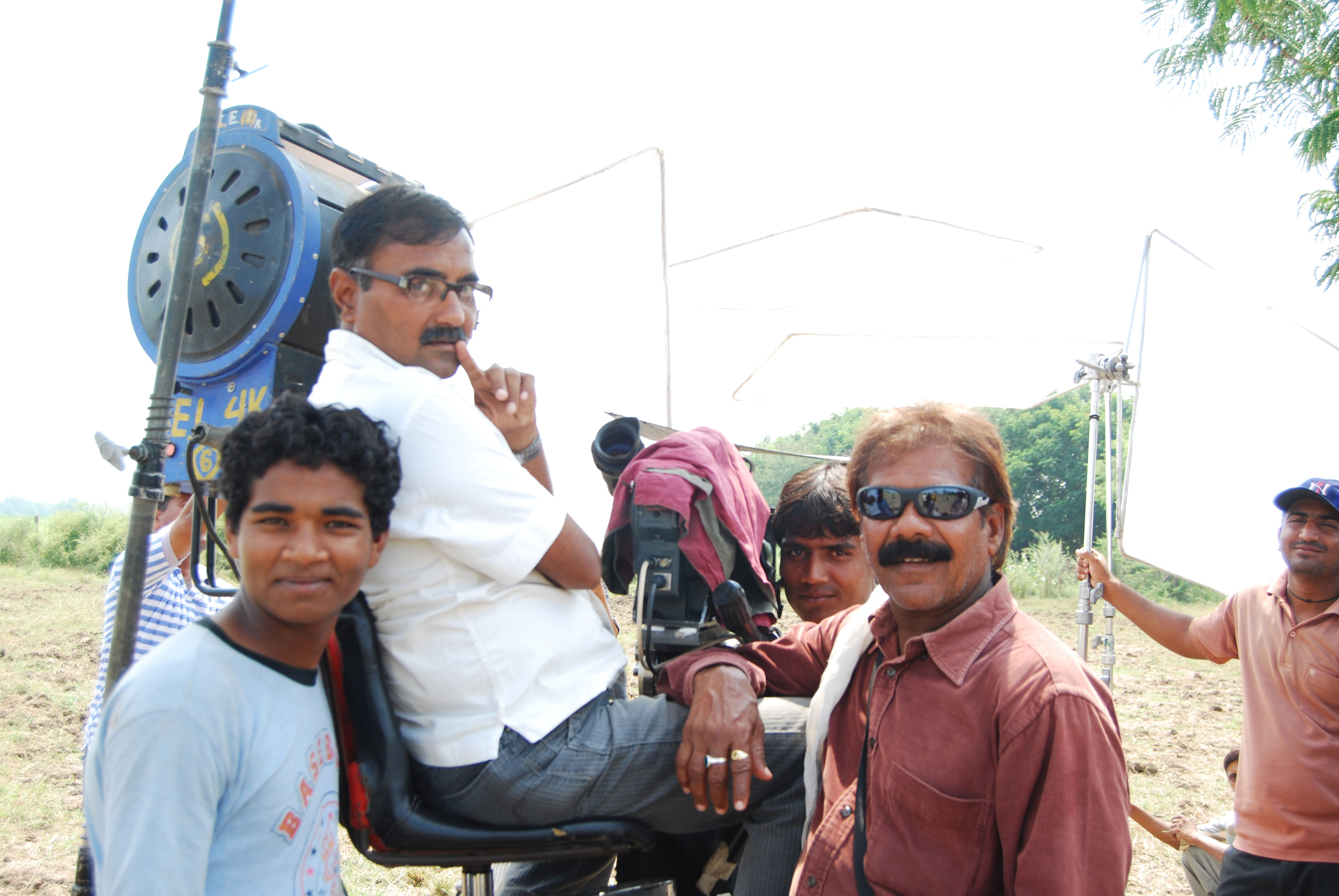 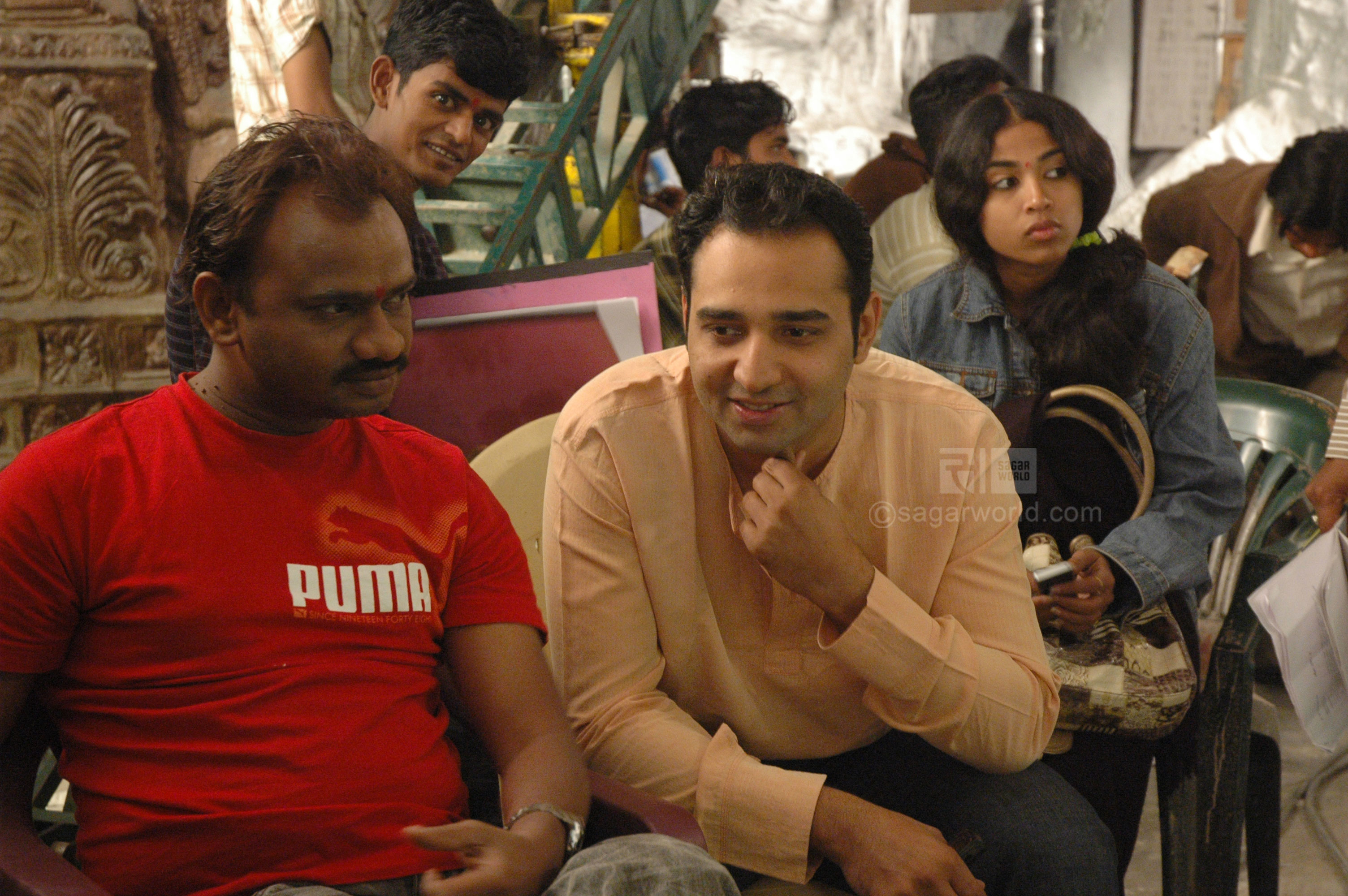